One of the most famous ancient ports in the Kerala coast, Calicut, also known as Kozhikode, needs no introduction. It was here that Vasco Da Gama landed in 1498, setting the stage for drastic changes in the history of the land. The city thrived on trade relations with various other countries on the globe. Still famous for its spice markets, sweets, and hospitable people, Calicut holds a charm that makes it one of the best places to own a home in the form of a bespoke villa or a flat.

And that is not all. The modern-day Kozhikode is a vibrant city, replete in history, verdant greens, and amazing beaches. It is a tourist hotspot. It is an IT hub and the authorities have envisaged ample development plans to make it one of the fastest developing hubs in the state. A melting pot of cultures, Calicut has ample infrastructure in place in the form of educational institutions, hospitals, and business establishments making it a place where people are investing in real estate. This has led to a lot of luxury and affordable flats coming up in Kozhikode.

According to reports, intra-state migration and variation in land use following the boom in real estate have made Calicut one of the fastest growing urban districts in Kerala. And needless to say, various real-estate projects in the form of apartments, flats and bespoke plots have come up in Calicut to cater to the rising demands. Malabar Developers has been the trailblazer in providing luxury and ultra luxury flats in Calicut.

Malabar Developers has been one of the pioneers in identifying growth areas and planning projects based on the property values and upcoming appreciation. We have a wide range of residential apartments in Calicut that will cater to all your specifications and budgets. From our luxury apartments to our super luxury villaments – Malabar Developers will be the first name that comes to your mind when you think about investing in a flat in Kozhikode. 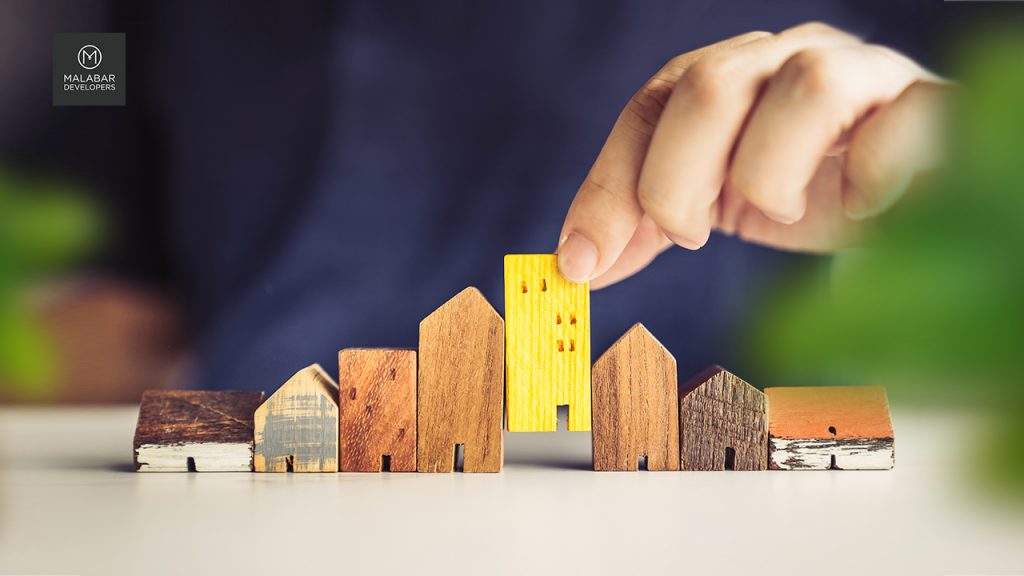 The elderly stage is often referred to as the “second childhood”. Just like your kids need extra care... 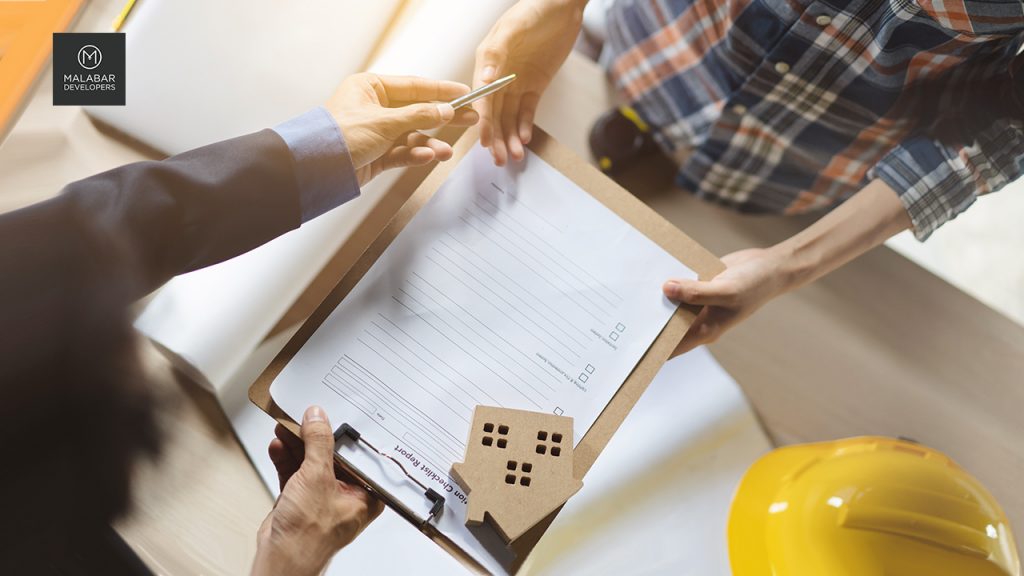 Aspects to consider when choosing the right builder for your apartment

It is an undeniable fact that when buying a home, selecting the right builder is half the...

What Are The Major Types of Home Loans In India?

The need to settle down has become synonymous with owning a home. All of us dream of owning...

Why should you buy a home at a young age?

Buying a home comes last on the priority list of most youngsters as they like to live in...

Are you someone who has been searching for flats in Kerala for large family accommodation? Or, did you...

How To Begin Saving for Your First Home?

If you have been thinking about buying your first home, then this is the right article that will give... 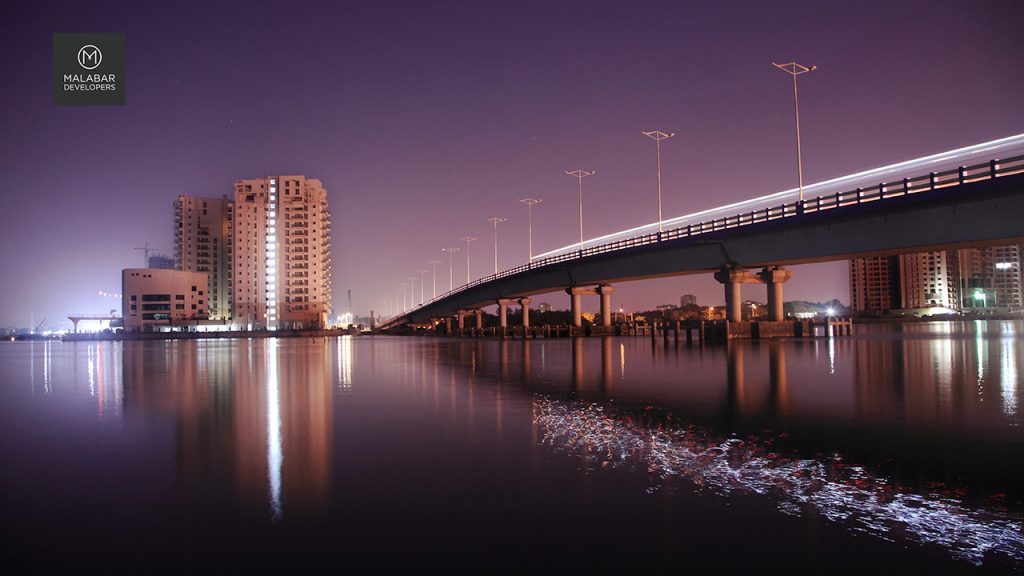 Kochi is the preferred location in Kerala to buy an apartment

Kochi has been in the spotlight for major real estate development for many years now. Flats in Cochin... 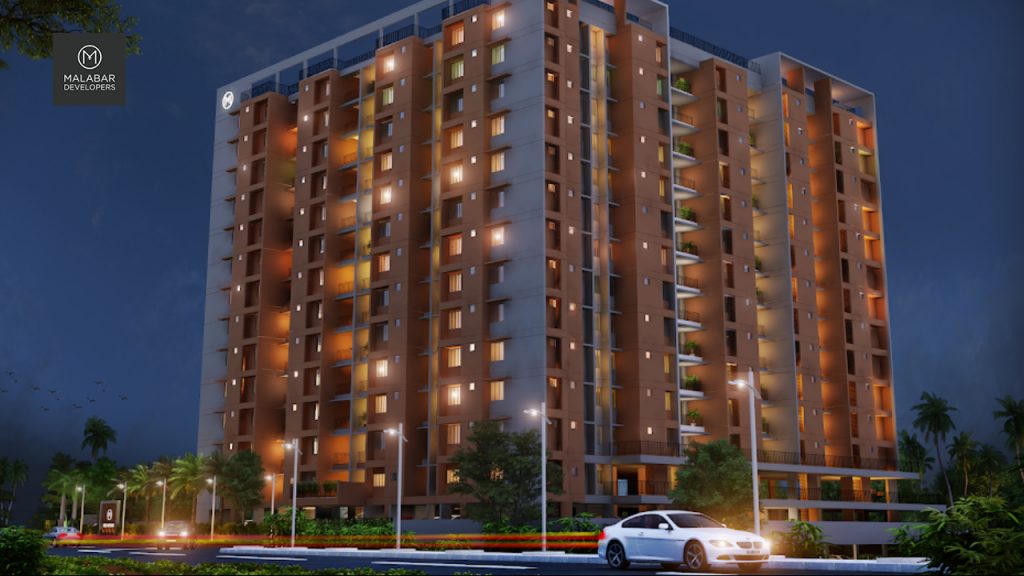 Residents of Malabar’s Orchid Park, Trivandrum To Benefit From The ORR Project

As the capital’s outer ring road (ORR) project gets the Centre’s nod and is expected to complete work...

One of the most famous ancient ports on the Kerala coast, Calicut, also known as Kozhikode, needs no introduction. Dubbed the ‘City of Spices,’ Kozhikode and the Malabar Coast, those days abounded in pepper, lac, ginger, and cinnamon. The trade was predominantly with the Arabs and the Chinese with an occasional seafaring nation dropping by. The word spread and the trade flourished. Vasco de Gama landed in 1498, and then, the history of the land changed. The Dutch and the English, who came afterward left lasting imprints on the collective psyche of the land.Afanasy Nikitin, a Russian merchant, and traveler who was among the many to document his visits to India in 1468 calls the city ‘Calecut’ and describes it as a flourishing port with a big bazaar. However, the local lore says that the city was known as ‘Koyilkotta’ or the city with a fortified palace ruled by the Samuthiri. And it is this name that got anglicized to Calicut post the Dutch and English intervention, which is still used in some places/ occasions.

Since it has been a major port of call on the coastal belt, Kozhikode has forever been a melting pot of cultures. The city that stretches from the ocean in the west to the Sahyadri Mountains in the west plays host to a multi-ethnic, multi-cultural community. Peaceful, yet vibrant, the city offers a lifestyle that is on par with the rest of the state.

The lush greens, tranquil beaches, historical monuments existing cheek by jowl with the modern high rises, Kozhikode has forever been one of the most vibrant cities in the state. The last couple of decades has seen the city developing at an enviable pace. An international airport, the best of health care facilities, educational facilities and connectivity to the rest of the state and beyond has pivoted this sleepy port town of yore into one of those top investment hotspots in south India.

Gone are the days when most of the development was around the West Hill, East Hill, and Mananchira areas. Calicut is expanding – and the suburbs like Peruvayal, Cherooty Nagar, Malapparamba, Eranhippalam, Meenchanda, Koottooli are fast being transformed into an extension of the city. Malabar Developers has been one of the pioneers in identifying growth areas and planning projects based on the property values and upcoming appreciation. We have an array of top of the line apartments at all these urban centers to suit your budget.

The stunning, unique and very upscale Cloudberry Villaments, 800 ft above sea level at Kuttikkattoor heralds a new wave of luxury living. Our projects Royal Pine and Royal Mangrove near the Sarovaram Bio Park bring you closer to nature. And that is not all, investing in a home from Malabar Developers in Calicut is the perfect decision for a better lifestyle in this fast developing city.

Inaugurated in 1988, the Calicut International Airport at Karipur heralded a sudden burst in infrastructure development. The airport is 25 km away from the city and is well connected too.

The many colleges that dot the city are affiliated to the University of Calicut located at Thenjipalam. The Calicut Medical College established in 1957 is yet another institute that moulds future health care professionals.

These days, proximity to educational institutions is one of the key criteria for deciding on investment in a residential apartment. Malabar Developers Royal Mulberry is located close to Providence College one of the first women-only colleges in Calicut.

Pristine beaches, rolling hills, history, ancient places of worship, adventure – Calicut has it all for the discerning traveler. We list some unique places.
Kappad: No trip to Calicut is complete without a visit to this legendary beach where Vasco-Da- Gama landed in 1498. One of the most famous beaches, Kappad is also gearing up for the Blue Flag certification.Sarovaram Biopark: A pristine eco-friendly park built for conserving the mangrove forest and wetland in Kozhikode. The lush greens of the park allow people to reconnect with nature. Malabar Developers Royal Mangrove and Royal Pine are situated just a stone’s throw away from this Biopark that boasts of canal walkways, musical fountains and bird sanctuary.SM Street: Also known as the Mittai Theruvu, is a foodie paradise. It is said that the Zamorin (king) of Calicut invited Gujarati sweetmeat vendors to set up stalls outside the walls of his palace. As years went by, most of the establishments were handed over to the local populace but the crowded by-lanes are still peppered with stalls selling sweets, savories and other delightful treats authentic to the Malabar region.Go rafting: Adventure tourism is not something you associate Kerala with. However, Rafting is gaining popularity on the rivers in Kozhikode. The Malabar River Festival is an event not to be missed.
And once you have visited Calicut, its charm endures. We cannot blame you if you feel that tug to invest in Calicut. Malabar Developers has projects which are close to all the attractions of the region.

A study conducted by ASSOCHAM in 2007 ranked Kozhikode as the eleventh among Tier-II Indian cities in job creation. This is not surprising considering the fact that Calicut has ample infrastructure in place in the form of educational institutions, hospitals, and business establishments. Cyberpark, the government-backed IT and ITES hub in Calicut have provided a shot in the arm for the sector.

These developments along with the intrastate migration and variation in land use following the boom in real estate have made Calicut one of the fastest growing urban areas in the state. Real-estate developers in the region are spearheading more projects aimed at catering to the growing need.

Malabar Developers has been the trailblazer in providing luxury and ultraluxury flats in Calicut. From our luxury apartments to our super luxury villaments – Malabar Developers will be the first name that comes to your mind when you think about investing in a flat in Kozhikode.